A few weeks ago, I received a mail from a reader of this blog: an ancient history enthusiast.

I use novel techniques to try and identify the UK battlefield where the Romans defeated Boudica in 60/61AD.

Boudica isn't just a Civilization IV leader, she is a British ancient heroin who led an uprising against the Romans conqueror and was severely defeated at a not yet identified location (interseting how this story is closed from French's Vercingetorix).

At this point 3/4 of you are wondering how that is related to the topic of this blog. I do hope 1 or 2 are interested in history, for those and the rest, the mail continued.

I have been thinking about crowd control/behaviour modeling as another method to help answer some questions – hence my arriving at your page.

The major objectives he described would be:

Needless to say this is quite ambitious for any individual with existing crowd simulation softwares. This project made me thought of how we could tackle this.

To get a simulation, we'd need a - wait for it (what a cool middle name!) - simulator. First we need to specify the characteristics of the simulation: 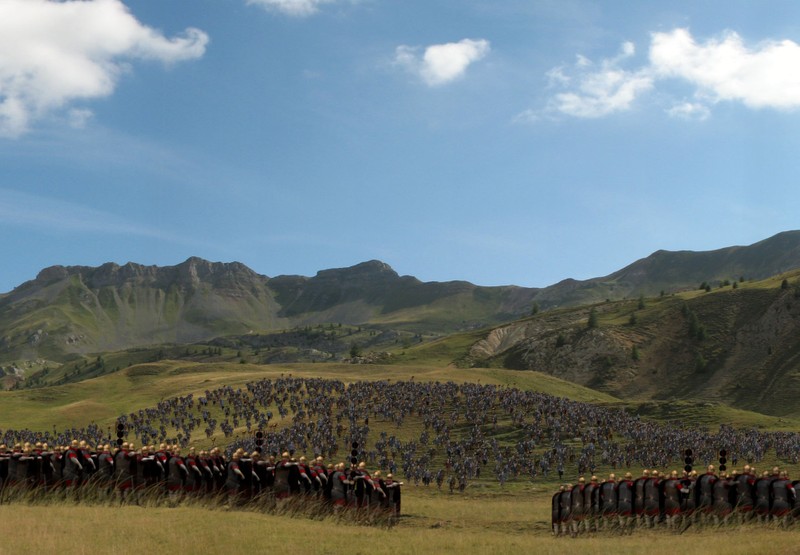 For the resulting simulation to be somehow valid, we'd need to gather information from the domain experts, in this case, historians. In order to model the behaviors at the individual and collective level, military strategies and tactics as well as the warriors behaviors need to be investigated for each belligerent:

This gathering must be conducted by specialists of behavior modeling, they'll be able to get the relevent data and create the behavior modelizations for our simulator. If we want to involve realistic character visualizations we'll also need to involve computer graphics artits.

One major point of doing this simulation is to validate potential geographical locations of the battle. Thus we'd need to recreate faithfully the possible setting with the help of GIS specialists and perhaps geologists to get an idea of how the landscape looked like at that time.

Once all of this is done, we would have a configurable simulator, ready to test theories, the fun part would start, finally! To go back to the start of this long article, that's exactly the part my reader is interested in.

It should be possible to execute a scenario and statistical variants, extract metrics, not to scientifically validate it, the process defined above introduces too much bias to deduce anything, but to get a feeling of its validity. Do not understand me wrong here though, I do think this kind of simulator could help us understand how any historical event took place, it can be another, rather powerful, tool for historians. The interesting part for us, software engineers, is to reduce the work to do to create the simulator and to facilitate the authoring of the behaviors.

Maybe one day, retired history enthusiasts will be able to use our tools, as easily as they edit their holiday movies.