I'm happy to be at SIGGRAPH this year, throughout the week I'll try to post little reports of what I've done there. After a very long trip (3 flight and a delay of 2h30 at Atlanta), Stéphane and I arrived at our hotel in New Orleans just in time to dinner and go to bed.

The conference start badly for me, my registration form had been lost but the payment had been made... 2 hours later and a few call (thanks Stéphane) to France and I was in, excited like a kid at he zoo ! The first session I attended was featuring the ACM SIGGRAPH award and the keynote of Randy Thom a famous sound designer. The awards was given to great researcher and artists, no one I knew except Rob Cook, the guy who created Pixar's Renderman, he got The Steven Anson Coons Award. The keynote by Randy Thom was quite a disappointment, this guy, who has participated in tons of movies, chose to talk about "Designing a Movie for Sound" by presenting the work of others: Apocalypse now and Wall-E. The keynote was essentially excerpts from those 2 movies, interviews of people who had worked on (From the DVD bonuses concrning Wall-E) and common sense. 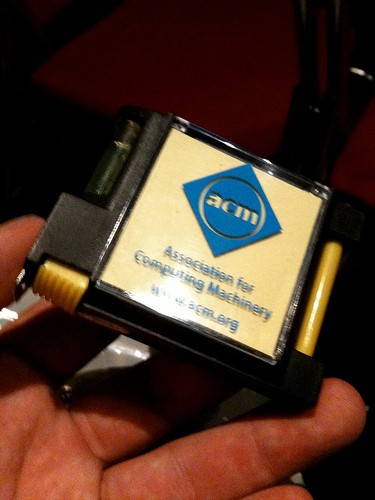 On the afternoon, I started by the screening of the nominees at the animation festival, with lots of great stuff, by the way the french touch won again :) Next was 4 interesting talks about animation and physics in games and movies. These did not features technical breakthrough but industrial "real world" implementations of advanced techniques. I was particularly interested by the Pixar guy talking about the physic simulation of the balloon canopy in "Up". Last, but not least the technical papers fast forward. The rules are simple: each team presenting a technical paper at SIGGRAPH this year has to present his work in 50 seconds, some sort of teaser for the talk. Some were really funny, some were really impressive, some were really shy and most of the asiatics team choose to present a video with a recorded comment instead of talking... The 2 hours felt like two minutes ! I want more ! That's all for today, tomorrow the exhibition begins !

This tuesday was the second day of my first SIGGRAPH, not so great though... Let's evacuate the disappointments:

On the bright side: 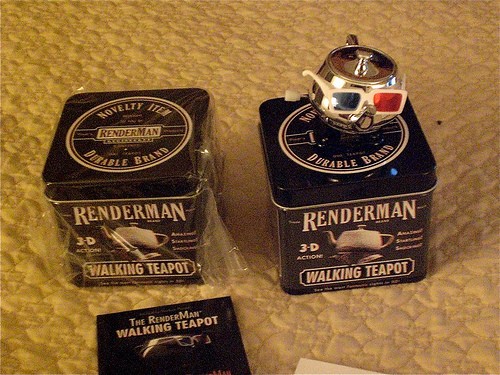 Day two is over.

Wednesday had been quite a busy day for me, I started the day at 8:30 for a group of technical papers presentation called "Motion Synthesis and Editing". I'm really not a specialists but it was in interesting, there was three presented papers:

I then attended to the third keynote of this SIGGRAPH: New York Times Steve Duendes talking about data visualization and aesthetics. As a follower of blog dedicated to the subject such as Flowing Data I really enjoyed the talk, it seems quite odd to find this subject at SIGGRAPH though. As nothing really interested me in the beginning of the afternoon, I took this opportunity to do some light tourism. It was pretty hot but New Orleans has some cute corners. I spent the end of the afternoon on technical stuffs: a nvidia talk about their scene graph and how its interactions with other of their stuffs and a chat with an Autodesk engineer about Kynapse, their solution for virtual characters pathfinding, steering and a little bit of AI. I then joined other french SIGGRAPHers for a drink and a dinner, that's why you didn't have the pleasure to read my prose yesterday.

This Thursday was my 4th day for this SIGGRAPH, it was also the last day for the exhibition. After a little sleepover my day started by the fist session of technical papers dedicated to character animations, really interesting but quite complex for my bad skills in the domain. 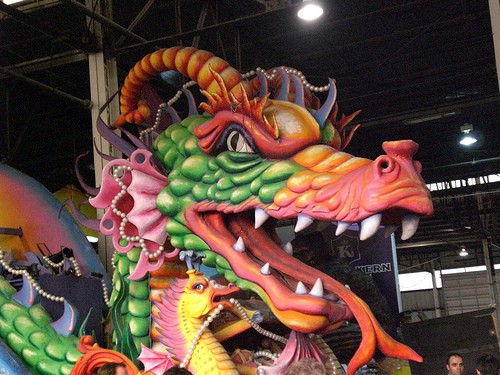 The afternoon, I explored the third floor : modern art, scientific posters and japanese presenting weird, but interesting, "emerging technologies". I then attended to a production session about how they 3d-printed every faces in "Coraline", very impressive ! But it was quite a paradox to learn that, for the faces, the created 3d models, animated them for lip synching and facial expression and then printed every frame to recreate, in stop motion, those animations. 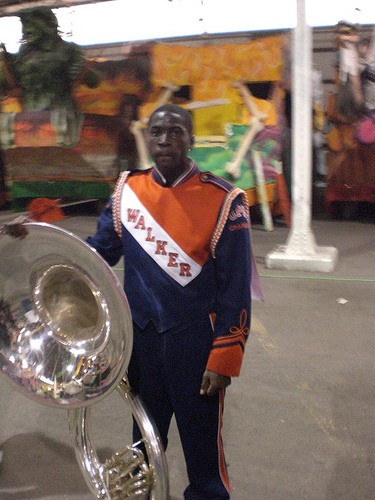